It’s all about feeling graceful in most ungraceful situations! 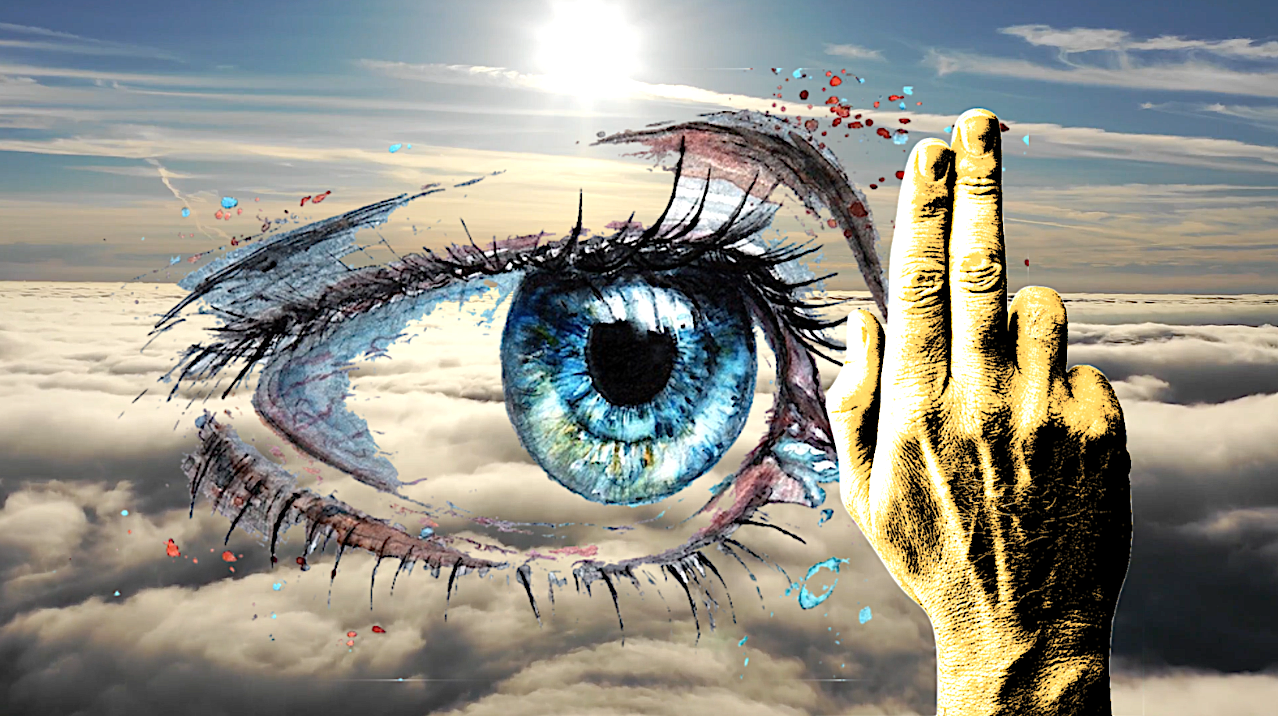 EMDR (Eye Movement Desensitization and Reprocessing) is a relatively new, highly structured and efficient psychotherapy method. It is primarily used for the treatment of post-traumatic stress disorder (PTSD).

Workshop: "confident through the crisis"

more information
What coaching and therapy methods are used?

With my years of experience, I decide together with my clients which methods to use.

-Consciousness Coaching ® (certified by the International Coaching Federation) based on methods from onthology, late psychology and philosophy

What are the main topics covered?

In the „business“ context e.g.

In the „private context e.g.

As a manager or in your own company, you are faced with the tension of motivating your team to work together and, at the same time, demanding performance in order to achieve company goals. The coach accompanies and supports you in meeting this highly complex landscape of expectations and demands.

In team coaching, the coach supports and assists you in developing your team’s performance and optimizing the quality of the working relationship in order to improve the conditions for achieving the company’s goals.

The coach empowers the client to find his own solutions (help for self-help).

The mentor provides his knowledge, experience and skills. The mentee pursues the goal of professional and/or personal development.

What issues can EMDR help with?

What does emdr mean?

Psychotherapy as such is known not to be a mental process, but a brain-altering process.

Out of a cognitive behavioral therapy tradition and against a humanistic background, namely that every human being has a natural ability to process information and that the psyche has a tendency to self-heal, the developer and American psychologist Francine Shapiro (*1948) took a completely new, very innovative path.

In the meantime, more positive controlled clinical studies are available on EMDR as a treatment method for psychological trauma – based on the period 1990 – 2010 – than on any other form of psychotherapeutic treatment. EMDR has literally heralded a turning point in the era of psychotherapy.

2006: Scientific recognition of the EMDR method by the Scientific Advisory Board for Psychotherapy for the treatment of post-traumatic stress disorder in adults.

2013: Recognition of the EMDR Method by the World Health Organization (WHO) as an effective method for the treatment of post-traumatic stress disorder in adults, children and adolescents.

Since 2014: EMDR is legally recognized in Germany for the treatment of post-traumatic stress disorder in adults as part of treatment with a guideline procedure

Many trauma researchers and also users of this method are aware that the discovery of this method is a true milestone on the way to help people leave behind the traumatic freight of their past.

This question cannot be answered in a blanket manner. The length of the treatment depends, among other things, on the severity of the trauma experience. In addition, each person reacts individually to the course of each session.

Experience shows that many clients have achieved phenomenal breakthroughs and issues that have burdened people for decades could be finally dealt with.

How does 1:1 Coaching work?

In an initial conversation (which is free of charge for you), we find out if and how we can work together. If everything feels right for both parties, we will agree on your individual coaching schedule. It is possible to coach face-to-face or also via Skype or zoom. You can arrange your free initial consultation with me by phone or email.

It depends on your topic or goals. Generally, up to a maximum of eight coaching sessions can be estimated. Duration per session 50-60 min.

What is a Mastermind Group?

Wikipedia defines a masterminding group as a mentoring concept between like-minded people with the goal of mutual support of all participants in their unresolved issues through input from the whole group.

In situations where new approaches are required, masterminding can have an enormous impact with sustainable success due to the emerging group dynamics.

The Mastermind principle is based on the cumulative intelligence that comes from the wealth of experience, knowledge, ideas and network in the team. None of the successful personalities, no successful company has ever managed to become successful without the support of other people.

In situations where new approaches are required, Masterminding can promise an enormous impact with sustainable success through the emerging group dynamics.

In a small group of 6-8 participants, you work out solutions and new perspectives in regular and structured meetings and implement them step by step.

Where do the coaching / therapy sessions take place?

In my practice room in Berlin

On request I will gladly come to your premises

Alternatively online (Skype or zoom) or by phone

EMDR only in a personal setting

Which languages do you speak? 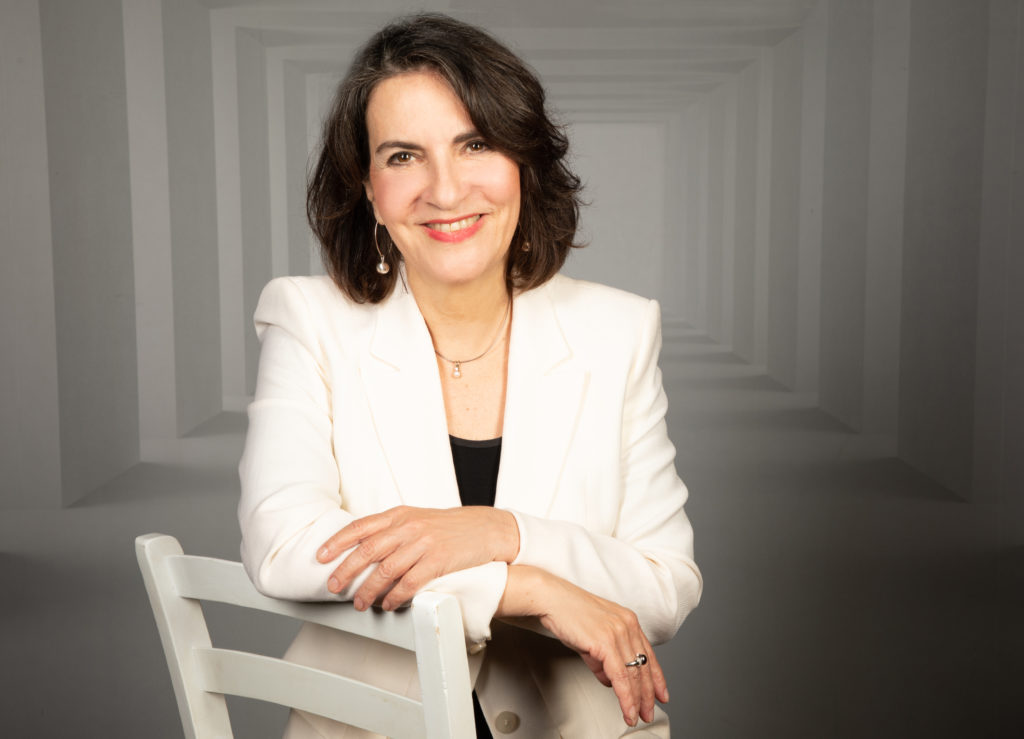 After graduating in Hotel Management from the Ecole Hotelière de Lausanne, I specialized in international hotel openings in the 5 star luxury hotel industry worldwide. As Director of Sales & Marketing, I created the Sales & Marketing area from scratch in Casablanca, Dubai, Addis Ababa and Berlin, among others.

In more than 25 years in hotel management, it became increasingly clear to me how valuable human potential is, not only in the corporate environment. My joy in supporting people and the ability to empathize brought me to coaching. Since 2014 I have been an ICF (International Coaching Federation) -certified coach, and since 2020 I have also been a non-medical practitioner for psychotherapy (Heilpraktikergesetz). I support people to get back to their strength and to develop professionally and personally.

A few things that define me

„In my work I give special emphasis on the relationship of trust with my clients, the working relationship at eye level and offering them a protected space.“

what my clients are saying

Coaching with Ilona Angelis really helped me look at my perspective from a different angle, she was able to tailor her amazing skills and extensive knowledge to my needs. She found a way to work out goals, values and skills that I now apply to deal with my stressors and effectively replace them with healthier ones, empower me to deal with my anxiety, improve my relationships and help me find a way to live more stress free and find clarity. I am very grateful to her. 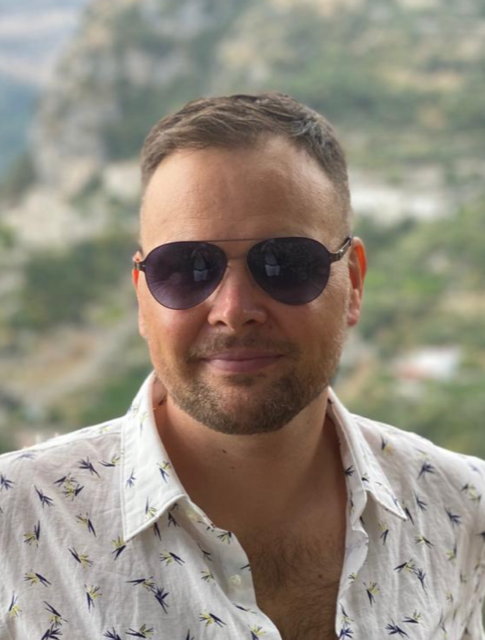 Due to my relocation, my professional situation had changed completely. I was stuck in a creative break and slowed down in my actions. Through the conversations in the coaching process with Ilona, I regained my orientation and clarity. The necessary concentration and focus on the core points, which are essential for a person like me, who is permanently moving in creative processes. The unconditional self-reflection in the training was an incisive and decisive element. Conclusion: Development of new perspectives. Making fear-free and joyful decisions, even in turbulent times. Always with the thought: I have a choice in EVERY situation and can make a decision. Once made, "go for it" and "just do it". No matter what others think or say. Big thanks to Ilona for your time and support. 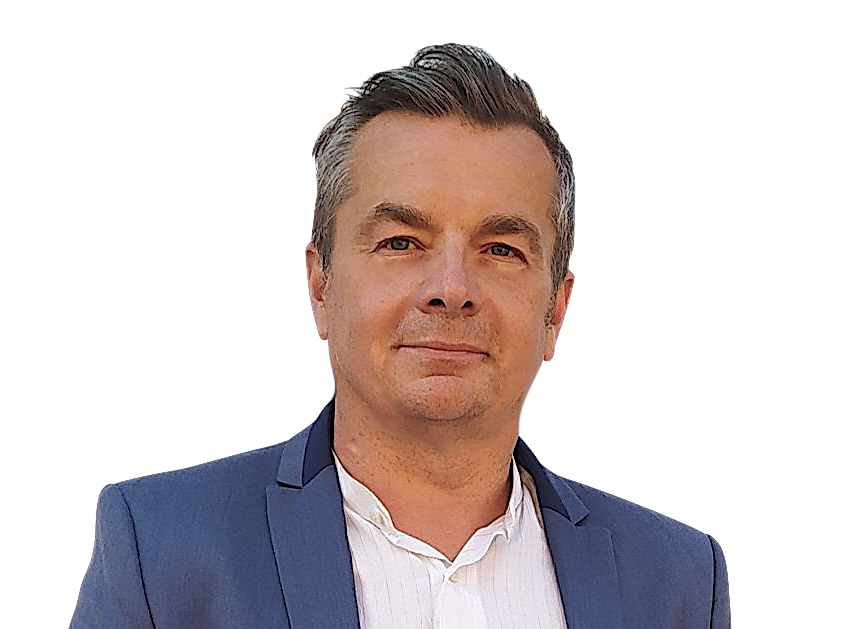 Ilona helped me to deal with specific, strong mental and negative emotional events that occurred during a certain period of my life. This prevented traumatic and psychological long-term damage to me. Your therapy method EMDR was unknown and also unusual for me. I was all the more surprised at how quickly emotional pain was dissolved and transformed into pure joy of life. I am really thrilled, and would and will confidently recommend Ilona's work to anyone at any time. Thank you dear Ilona! 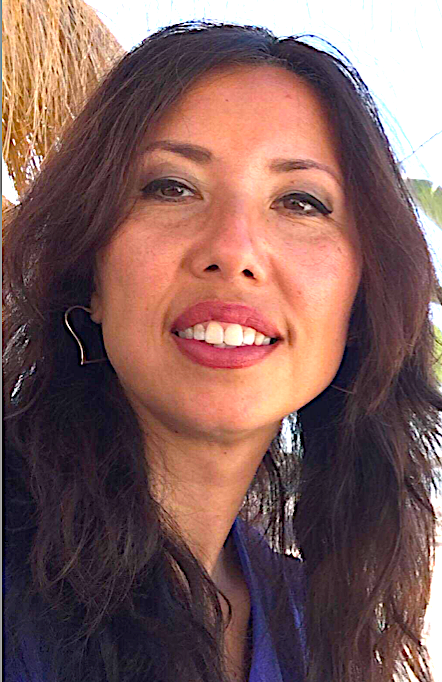 In just a few sessions, Ms. Angelis managed to sort out my thoughts and doubts and give me new input so that I could make a clear decision about my future career path. I particularly liked the structured and at the same time emphatic approach. I was surprised myself that, thanks to the professional support of Ms. Angelis, I achieved my pre-set goals in such a short time. The coaching has enriched me professionally as well as personally and I would repeat it any time! 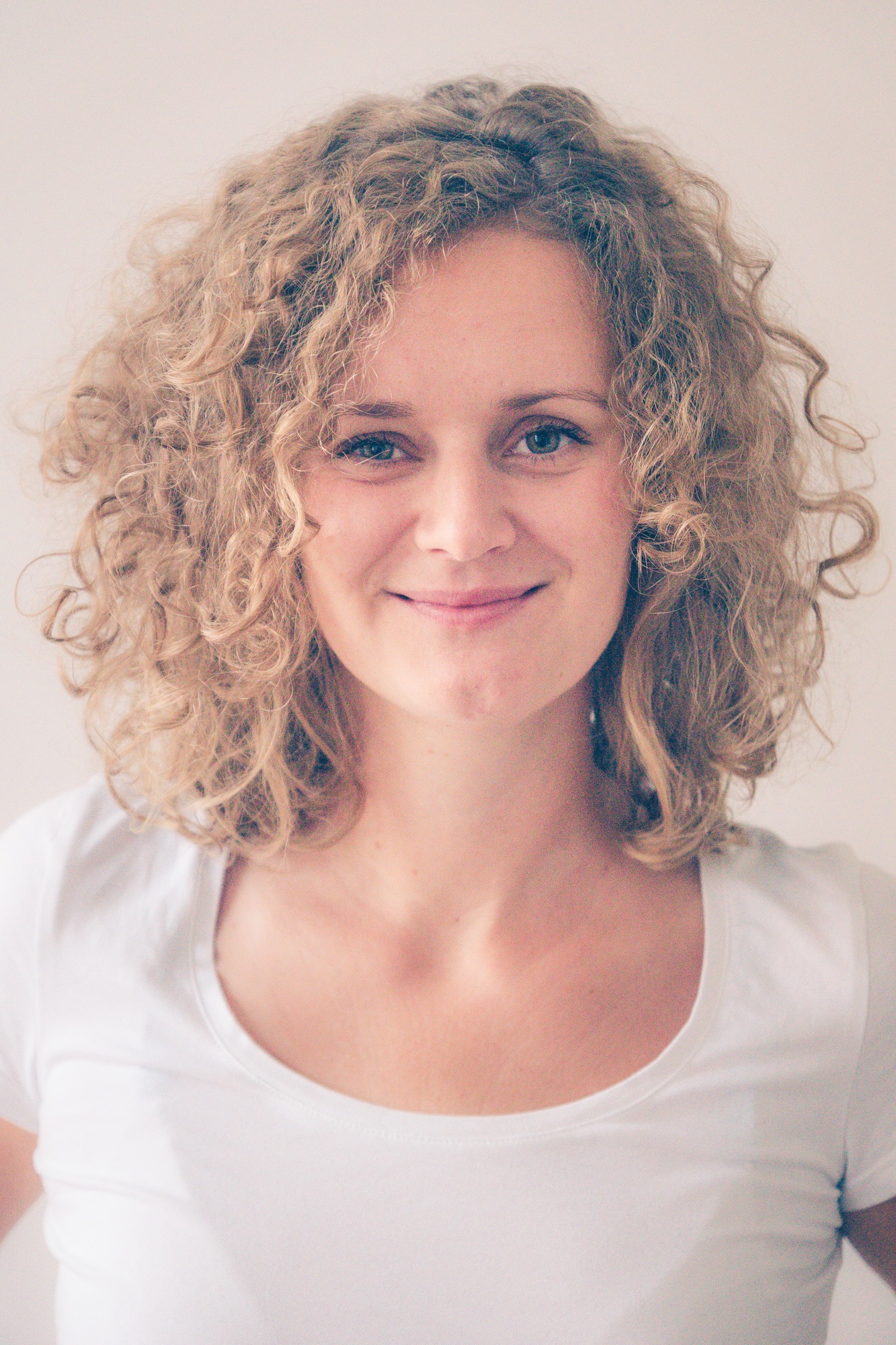 Ms. Angelis was able to create a very pleasant and trustworthy atmosphere during the coaching workshop with her empathetic way and life experience. The interaction with her and the whole group was very valuable. This course helped me to find confidence to make the right decisions. I now feel encouraged to pursue a new career and I have already implemented some of the points we discussed in the course. Thank you very much! 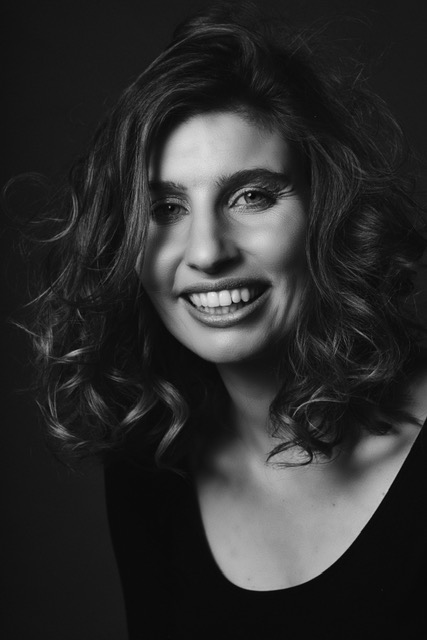